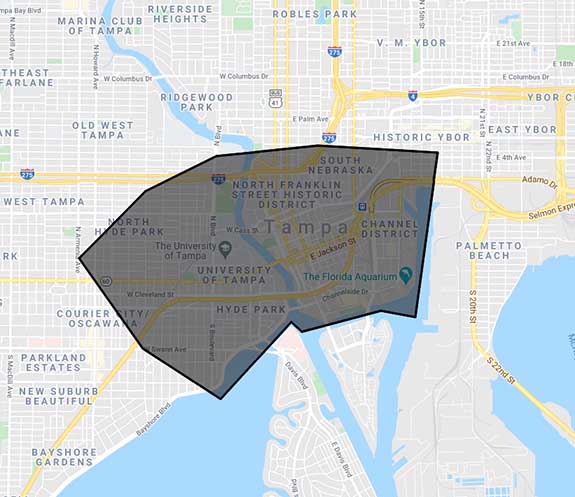 Downtown Tampa is the central business district of Tampa, Florida, United States, and the chief financial district of the entire Tampa Bay Area.  If you live here and have a corporate job, it's likely you'll work downtown Tampa.  A lot of clients and potential clients are interested to know the distance and drive time to downtown Tampa when searching for homes.

Downtown Tampa is second only to Westshore regarding employment in the area. Companies with a major presence downtown include Bank of America, BB&T, SunTrust, Sykes Enterprises, TECO Energy, and many others. The Tampa Convention Center is located on the river.

Downtown Tampa is bounded by the Hillsborough River to the west, the Channel District to the east, Interstate 275 to the north, Davis Islands and Harbour Island to the south.

The River Arts District represents the northwestern chunk of downtown and contains the majority of nightlife and dining in the neighborhood. Important cultural landmarks such as Tampa Theatre, Straz Center for the Performing Arts, Glazer Children's Museum, and the Tampa Museum of Art are all centered around Curtis Hixon Waterfront Park, which has been called "Tampa's town square".

The Tampa Riverwalk is a 2.4 mile long walking and biking trail that winds along the edge of Tampa's downtown, running along the Hillsborough River and the Garrison Channel from the Channel District on the southeast end to Waterworks Park to the northwest. The Riverwalk's wide pathways, boardwalks, and bridges connect most of Tampa's waterfront parks, attractions, sports and entertainment venues, and hotels, including the Tampa Convention Center, Amalie Arena, the Straz Center, and many others.

Beautifully maintained studio floor-plan on the 7th floor of the West building with reserved parking space and climate controlled storage unit located on the same floor a...

The Residences at The Tampa EDITION embodies luxury as one of only 38 residences, rising elegantly skyward above Tampa’s only five-star hotel, offering the comfort and in...

One or more photo(s) has been virtually staged. ***FULLY RENOVATED, UPGRADED & SPACIOUS 2-bedroom/2-bath condo***ONE OF A KIND!***NOTHING LIKE IT AVAILABLE IN DOWNTOWN TA...

Welcome to this 1 Bed 1 Bath Condo at the highly desirable Grand Central at Kennedy. Conveniently located in the heart of Channelside. This unit offers all the amenities ...

Beautiful Condo in the heart of Downtown Tampa near Water Street in the Victory Lofts Condominium. This unit has tons of Natural light, Gas Cooking Stove, an on-site gym,...

Be a part of Tampa’s most popular urban living destination at the Towers of Channelside. This contemporary high-rise features 5-star resort amenities including 24-hour co...

Pre-Construction. To be built. Another quality custom home built by a long-time reputable builder, Marc Mobley, and located in a hot location of South Tampa. All excelle...

Check out this beautiful and contemporary 2/2 Downtown Tampa condo at The Residences of Franklin Street. With over 1,600 square feet this spacious 4th floor corner unit b...

One or more photo(s) has been virtually staged. Be in the center of one of the hottest neighborhoods in Tampa! Just a short walk to Water Street, Amalie Arena, and Michel...

This Magenta 1 floor plan is on the 3rd floor is located in the Channel District right next door to a Publix grocery store. This is a two bedroom/one bathroom home with o...

Rarely available junior penthouse sky suite in Tower 2 with remarkable panoramic southeast to northwest unobstructed views! This special residence has been renovated and...

Downtown Tampa living at its finest! Located in desirable Channel District is this meticulously maintain and updated condo. As you step inside you are greeted by the stun...

Enjoy urban living at its finest in the Towers of Channelside! This exclusive 2 bedroom, 2 1/2 bath unit rests high above the Channelside District on the 14th floor. As a...

NEW PRICE!!! Stay High and dry with this City condo in the Sky!!! Mid-Rise 10 story Condo Built solid, poured concrete!! You won't hear your neighbor next store! This rar...

Price Improvement on this luxurious South Tampa condo with a business center and conference room. Come and see why 345 Bayshore is the place to be. This luxury high-rise...

This house has over 3740 sq feet of living area and a large wrap around porch . It is located in the Hyde Park community minutes from downtown and a few blocks to bayshor...

Want to be right in the heart of Tampa in a highly walkable area? This rare to market 2bd/1ba on 12th floor and amazing views is for you! Enjoy the partial Skyline view ...

In the heart of Channelside and 4 blocks from Water Street, this true loft is a rare find. First time on the market in almost 20 years. The 2 bedroom 2 1/2 bath unit is a...

Welcome to the HEART of the thriving city of Tampa! Come check out this amazing, FULLY REMODELED 2BD/1BA home located on the 9th floor. Walk into your stunning, fully ren...

*** Seller is giving the credit to replace the floors in the main areas and the credit towards buyer's closing cost *** Welcome to the stunning historic home in Hyde Park...

Comfortable & renovated 2-bedroom and 2-bathroom apartment across the riverwalk in the heart of Downtown Tampa. Amazing views from the balcony with a lot of light reflec...

Under Construction. Pre-Construction. To be built. Photos and virtual tours depict a similar, completed Sanderling home for comparison purposes only and may show options/...

Beautiful renovated 3 bedroom unit at The Towers of Channelside available furnished!!!. As soon as you enter this modern unit you will be greeted with an open floor plan ...

Move right into this lovely 1 bedroom/1.5 bathroom condominium residence in the beautiful Towers of Channelside with easy, convenient access to the community’s resort lik...

Located at The Valencia, a boutique condominium community, this residence offers an exceptional lifestyle in an architecturally outstanding building in the sought-after h...

WELCOME HOME to the Towers of Channelside! Comfort and style intersect at this luxury condo on the 9th floor, where the panoramic views of the the City of Tampa Bay and t...

This 3 bedroom townhome with a 2 car garage is located within walking distance from University of Tampa, Downtown Tampa and Hyde Park Village. AVAILABLE FOR RENT FOR $310...

Great location for development in North Hyde Park, Tampa's newest premier neighborhood. This 56' x 95' lot is on the corner of W North B St and Armenia Ave. Rezoning appl...

Stunning Southeast water views and pool views await you from this 18th floor luxury condominium. The St. Kitts floor plan is a highly sought after unit within Tower 1, w...

Don't miss this rare opportunity to own one of 37 units located in the Meridian, where comfort and style intersect at this luxury condo. This immaculate 1 bed, 2 bath, pl...

THIS IS YOUR POT OF GOLD!! WATER VIEWS from every room! URBAN-LUXURY downtown living! 5 STAR resort style amenities! Guard gated community in the heart of Channelside...

Welcome to Bayshore Charmer nestled in the historical district of Hyde Park located in Tampa, Fl. This classic home is one of the original properties situated along Baysh...

Priced Below Appraised Value at a Tampa Prime Location!! Vacant Commercial Lot is centrally located in downtown Tampa, near I-275 and I-4 Intersection. Situated in an opp...

Florida Commercial Group is pleased to present an opportunity to acquire and develop a commercial land site in bustling Downtown Tampa. Subject measures 26’ x 100’, is p...

Here's your change to own a Boat Slip in one of the most desirable Gated Marinas in all of the Tampa Bay Area. Grandview Marina is conveniently located on the Garrison Ch... 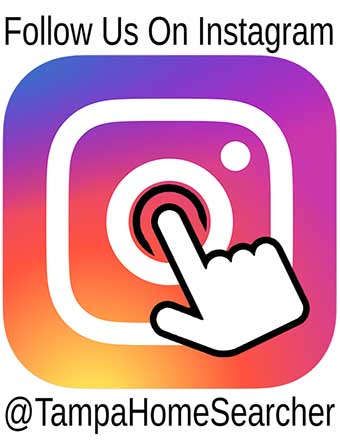 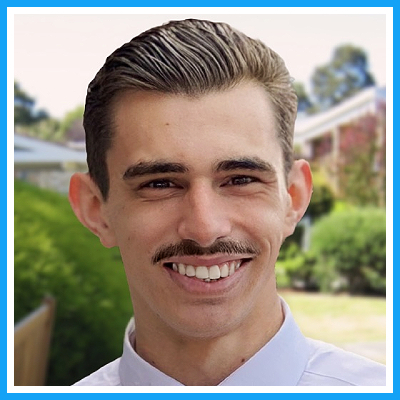